President of Democratic Montenegro, Mr Aleksa Bečić, says in the interview for Dan he thought the essence of the success of the opposition was in mutual respect, absence of conflict and solidarity. He pointed out that for the overcoming of political crisis it was necessary that the Law on Freedom of Religion was withdrawn first.

Given the fact that you don’t accept the dialogue the Prime Minister is calling on, how do you see the solution of the crisis?

Mr Bečić: Democratic Party of Socialists (DPS), headed by Mr Milo Đukanović, the burden for all of us, and Mr Duško Marković, the bluffer, has shown many times how democracy is simulated and how reforms are made-up. The classic example of that is the fact that after five years they pulled out of the drawer proposal for the law on freedom of religion and this blocked electoral reforms and pushed the country into the deepest crisis in the past 20 years. Therefore, their calls for the dialogue are just an advertisement.

It is essential that the law in question is officially declared anti-European and anti-civilization and that amendments acceptable to call churches and religious communities are proposed. And this problem must be solved by those who provoked it, Mr Đukanović, Mr Markovićć and others. They must find solution acceptable to traditional churches and religious communities.

Once that problem is solved, international community must actively involve in resolving many other problems of the Montenegrin society. DPS has shown it’s afraid of fair elections. Unlike them, we are going to welcome any improvement in the election process.

Considering that this is election year and that no changes have been made in the electoral laws, are you considering unity of the opposition? In your opinion, what is the best formula for the parliamentary elections performance? Do you have any strategy?

Mr Bečić: If we are talking about Montenegrin opposition political stage, I think the essence of success lies in mutual respect, absence of conflict and mutual solidarity. As far as the performance is concerned, I’ll remind you that opposition claimed victory in several serious columns that weren’t confronted. In the last parliamentary elections, opposition had a record number of votes. However, at this moment, conditions for fair elections do not exist. I’ve been emphasizing that the opposition should be united and unique in order to inflict the strongest political pressure with the aim of creating conditions for fair elections.

What is the most important segment for free and fair elections? Will elections in Tivat be the first test for the opposition?

Mr Bečić: We have proposed an efficient and reliable way of refining the electoral roll, which is completely unlawful now and does not correspond to the actual state of affairs. I’ll remind you of the B.B. affair, in which it was discovered that more than a half of voters lived on the addresses with no number. In other words, the country doesn’t know where over a half of its citizens live. We proposed solutions suggesting photos in color as mandatory part of the electoral roll, elimination of no number addresses, pairing key registers and databases…

As for Tivat, I will say it again – a unique boycott is the most effective means against democratic pressure. Unfortunately, part of the opposition doesn’t think so. 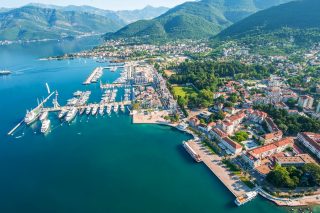 Tourism offer to be focused on domestic and regional markets 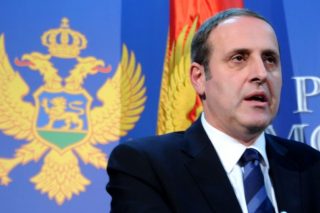 Popović suggests: Construction of the first highway section to be suspended 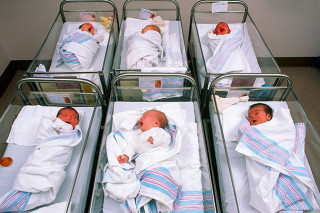