The Balkans hasn’t been in the spotlight of the US foreign policy for a long time, but it’s not necessarily a bad news. To be in the spotlight means to be in a terrible crisis, and let’s hope that kind of crisis won’t happen to the Balkans again, the first US Ambassador to Montenegro, Mr.  Roderick Moore, told Pobjeda daily.

Mr. Moore left Montenegro almost decade ago. When asked to comment on the changes he noticed in the country when compared to the period he performed duties of the US Ambassador to MNE, he said: “Unfortunately, I visited Montenegro only once over the past few years so my abilities to comment on the scope of changes in your country are somewhat limited. However, I keep monitoring the events in MNE and talking to as many Montenegrin people as possible. It’s evident that Montenegro has made a significant progress.”

On the relations between Serbia and Montenegro 13 years after the restoration of Montenegro’s independence, he said: “I’m sure there are many people in Montenegro and Serbia as well, who regret that there’s no more a joint state of Serbia and Montenegro. But that’s a history. I think it’s obvious that Montenegro has gained many benefits from the restoration of its independence in terms of geostrategy, politics and economy. There’s no doubt – both countries gain much more benefits while working together, as partners, and respecting each other as is mostly the case nowadays. Maybe the most important element that SRB and MNE need is the lack of alliance between the two countries that existed throughout the greatest part of the modern history of the two states. I hope Serbia will change its opinion when it comes to NATO so that this gap might be fulfilled one day.” 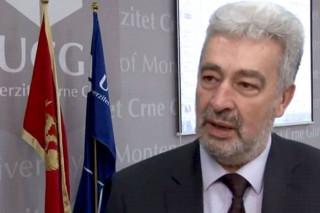 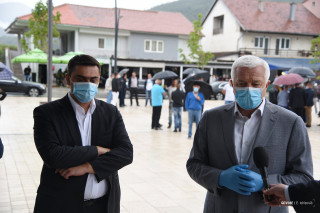