The turnover of companies in Montenegro last year amounted to €9.4 billion, while foreign branches reached a turnover of €1.55 billion, Pobjeda reports.

A total of €1.35 billion refers to construction and €827.9 million refer to manufacturing industry.

Gross added value, which was €2 billion, is a difference between gross production value and inter-phase consumption.

Inter-phase consumption, i.e. value of goods and services which are transformed, used or spent in the process of production, totaled €3.35 billion.

Data shows that foreign companies account for 2% in the total number of active companies.

Marković in the Morning program of the Television of Montenegro 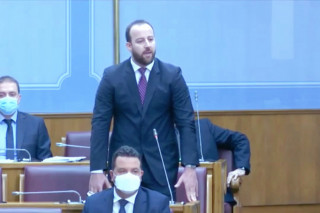 Nikolić to Abazović: There’s impotence behind every prepotent person