A million-dollar question: why don’t Serbian tabloids, which fuel the fire in Montenegro like the beast described in Revelation to Jovan (13, 13), in their bursts of curses, insults and lies, mention Dritan Abazovic?

Did Dritan’s MPs, just like Djukanovic’s, just like Becic’s, vote for the Srebrenica Resolution? They did. So, how come, in the interpretation of Vucic’s propaganda machinery, Becic, Djukanovic and Krivokapic are traitors, Serbo-haters, Judas and Brankovićs, and Dritan is nothing of that?

Do you remember how Matija Beckovic, of all people, wrote stories about Dritan? And announced a VIP tour across Belgrade for him: for some Albanians, as we remember, the sightseeing tour ended with a visit to the refrigerator and the Danube, while Matija was preparing the Serbian youth for Dritan’s arrival, to carry him in their arms. After the vote on Srebrenica in the Montenegrin parliament, there’s no Matija to withdraw his words. He was not disappointed in, as he called him – “Driton.” Whether it’s about Dritan and his irresistible charm, so Vucic, his media persecutors and lords of Belgrade nationalism still recognize him as a promising boy, or it’s about Matija – because he is an old man, he has seen everything, and good at least, and he’s difficult to get disappointed; for the bitter residue of experience is humus from which springs a rare flower of wisdom.

Milo got used to it: there’s no a thing that the Belgrade printed media haven’t written about him, including, I guess, that he ordered the murder of Kennedy.

As for Zdravko, it can be seen that the media torture affects him. But you know what: there’s no mental pain that a good lunch could not alleviate, Henri de Monterlan wrote. And what’s said for lunch, the Lord kills me, applies to rakija as well.

And Becic… the most poisonous arrows were fired at him this time from Belgrade, the most terrible insults, such as disgusting words that the Informer’s editor-in-chief posted on social media. However, Becic will have to get used to it. As every time he looks autonomous and while doing good things for the benefit of Montenegro – he will be attacked. It’s possible to say now: Vucic’s machinery brought him to power, so let him feel it on his skin. Nevertheless, as the Buddha from Budva, Sveto Marovic, would say: is it wrong to become better? By voting for the Srebrenica resolution, Becic did a good thing not only for Montenegro, but for Serbia as well. As… the Resolution cannot be clearer: it doesn’t only suggest that responsibility for the genocide is not collective, but condemns any attempt of the genocide generalization.

And that’s exactly what Serbian nationalists use, the generalization of guilt, as a defense of their perverse ideology. Let me, although it is a rare – even scandalous – manner today, agree with myself when I wrote:

“It’s not the court in The Hague that imposes collective guilt on Serbs, nor does that court have the power to do such a thing. Serbian governments do that, continuously. They, too, do not have the power to generalize guilt. But the media, academies, universities, writers, directors help them in that, and that is nothing but a joint criminal enterprise against the Serbian people. The court in The Hague did everything to individualize the guilt, while the Serbian governments are constantly generalizing the guilt and thus turning their citizens into a living shield of the criminal project. “

The resolution of the Montenegrin parliament is in the best interest of the Serbian people. Full stop. By voting for it, Becic contributed to reconciliation in Montenegro. He showed that he can be a partner in a community of values, and that the values we will defend together do not depend on whether we are Serbs or Montenegrins.

He, reflexively, defends himself by stating that Vucic’s tabloids, which attack him, did the same to Amfilohije. Eh… if Amfilohije was alive, the Belgrade’s reaction to Becic because of Srebrenica would be just a light British rain in relation to the doomsday, which would, because of the same thing, Amfilohije send to him, for whom Vucic was a traitor as well.

Djukanovic’ decisions to recognize Kosovo and take Montenegro to NATO were not popular, but were important and useful. Becic was now able to understand that decisivess in adhering to and defending those same decisions is what makes him stay in power.

Whatever… Becic has a perfect position in the Montenegrin political stage. It’s hard, or even impossible, to imagine the future of Montenegro’s government without him. Only he himself can obstruct it: if he, for example, returns to yesterday’s delusions, that is, bows before Belgrade.

And Zdravko, what can he possibly figure out? He rushed to explain that he would not vote for the Srebrenica resolution.

Which is why an anecdote written down somewhere by Marko Vesovic came to my mind.

Marko was once at a literary dinner of a Bosnian writer. That writer experienced religious enlightenment and became an exemplary Muslim. So, as such, he critically commented on his esteemed novel, which he wrote while still an atheist.

After the literary evening, Marko asks a friend: “My God, has he just peed on the best piece he has ever written?”

And that’s what Zdravko could understand with just a little luck: that it’s not wise to urinate on the best things you did – either in literature or in politics.

Particularly when that best thing somebody else did for you: someone who had enough wisdom and courage. 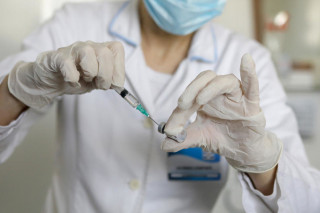 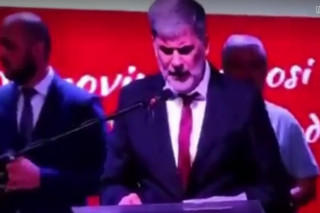 Brcvak’s lesson to PM and Ministers: Homeland is only one, we are an inalienable part of Montenegro