You are reading a daily contextual review of the news that marked the previous day.

The Prime Minister was quite patient while suffering a lot of insults and ridicule from the majority MPs. The man was probably overwhelmed, so he threw everything in their faces yesterday. Opposition MPs also felt called out, but I don’t think they should have been. PM Krivokapic knows well who he meant. To those who embarrass him while he employs their families in management and operational positions. That is why he called them immoral and hypocritical. And for some he was absolutely right. Let’s go back to the essence and try to understand what all this means.

With nervous tics, Minister Leposavic tried to get himself out of the situation yesterday, still denying the genocide. He said that he also spoke to Mr Serge Brammertz, who showed understanding for his position, and said that he would come to visit him to talk about the crimes that took place in Montenegro. It seemed for a moment that he was threatening the DPS with Mr Brammertz. During this part of the speech, even the Deputy Prime Minister could not hide his satisfaction from the first bench. If only he could arrest someone from the other half, never mind if it would be done by the genocide denier. But, for him, Minister Leposavic is not a negator.

Last night I posted a short analysis on this topic which you can read here.

Ahead of the vote on the Declaration on Srebrenica and the dismissal of the Minister of Genocide Denier Leposavic, the Mothers of the Srebrenica and Zepa enclaves visited Montenegro and met with the President, Reis, as well as representatives of the 21. Maj Civic Initiative and the Luca Forum of Free Citizens.

Yesterday, protests were organized in Bijelo Polje. Also, the protests of the 21. Maj Civic Initiative and the Luca Forum of Free Citizens were held in front of the Ministry of Justice. Different organizations maintain a culture of protest and keep fit, which is very good. Tonight, a protest walk is to be organized in Bar at 7pm, and at 7.30pm there will also be a protest in Herceg Novi, near the Bezmetkovic monument. A convoy in Podgorica has been announced for tomorrow.

Tomorrow I am visiting RTCG just to do it before the change of leadership. Yesterday, the Parliament Speaker determined the mandates of the members by lot. The council is already meeting today and making decisions about the new director general. After this we may have a public service, though I don’t believe that. But what we certainly don’t have in Montenegro anymore, is a TV with a national frequency where opposition voices can be heard. Maybe Nova M TV and that’s it.

That’s it for today. Stay well until tomorrow’s reading. 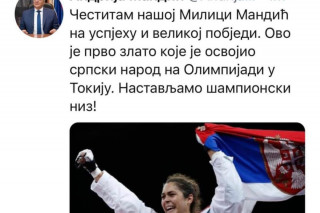 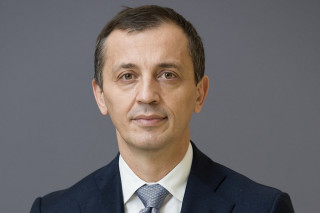 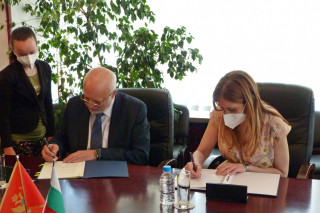